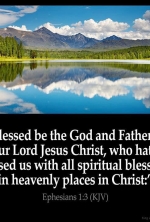 Calvary Covered It All - Dave Demars